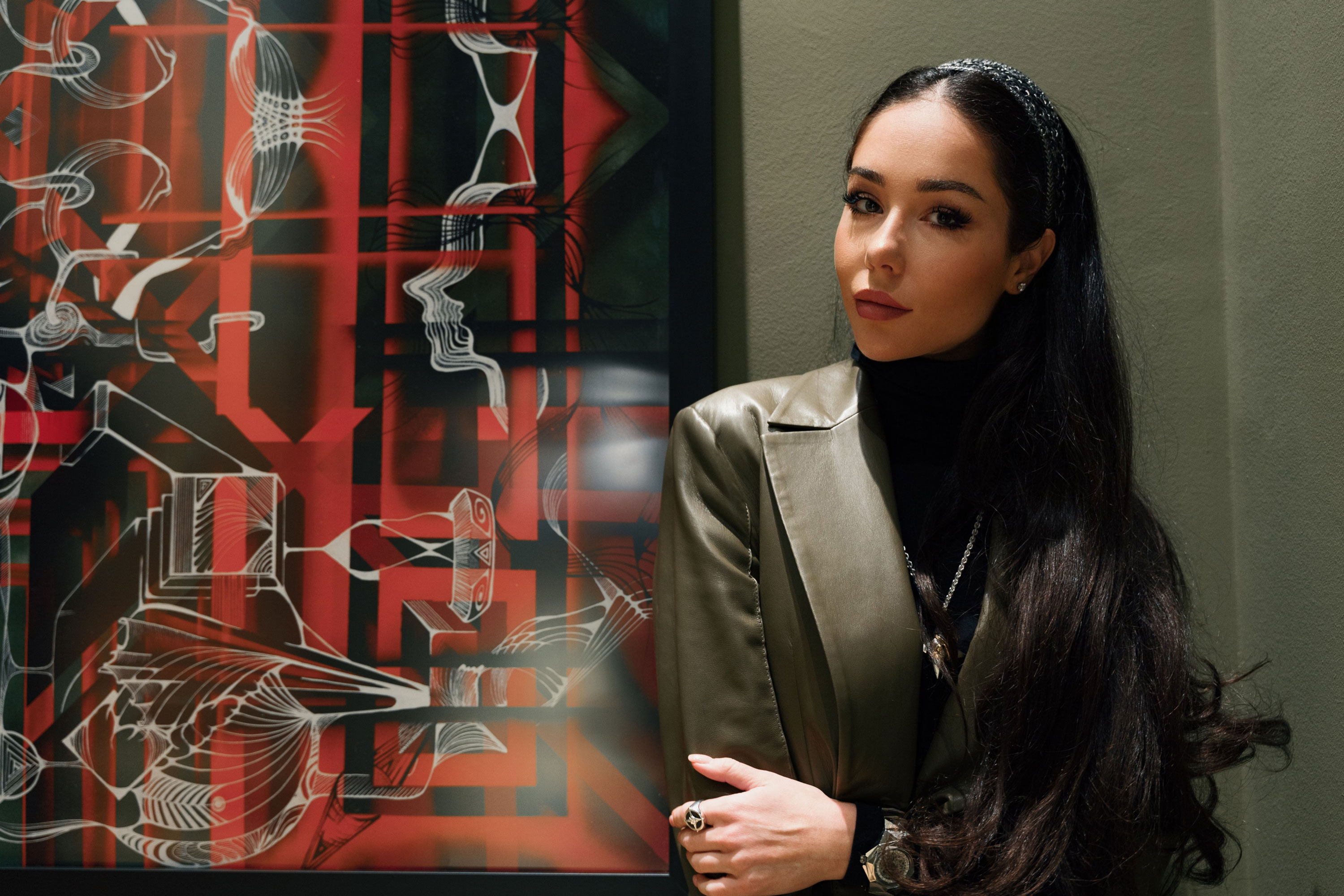 Language of the Imagination

Falling into his internal reality, the Western thinker may be confused by the lack of structure and the extensive theme of meditation seen as commonplace within the Eastern hemisphere’s approach to spirituality. Great scientific and technological advancements propel us into the New Future, yet we lose ourselves along the way. Rather than looking inward, we distract ourselves outward. For a newer generation seeking religious reckoning and spiritual engagement, meditation is now embraced as capital; hypnosis is found in an endless alienating scroll of screens.

However, the normally opposing Eastern and Western approaches to spirituality are able to converge harmoniously and find their center within the field of Symbology. The practice of Symbology in art connects our individualistic endeavors and personal questionings on a broad scale, uniting the Collective as a whole, opening up space and prompting dialogue amongst each other, on topics from the deepest recesses of our minds. The subconscious, prompted by Symbolic analysis, comes to the forefront.

Rita Sabo’s use of colors and abstract subject is not dreamscape impressionisms of reality; she instead chooses to dive into the shadowed chambers of our imagination, and encourages exploration within the winding territory of our Subconscious. Kaleidoscopic, emboldened and hyper-pigmentaized; at once, ordered and infinite. The repetition of colors, symbols and shapes allows the viewer to see from the subconscious, rather than with the eye itself.

Alongside Sabo’s use of symbols and the subconscious is the explored narrative which may be best explained through Jung’s theory of the Anima and Animus: that is, the unconscious feminine side of a woman, and the unconscious masculine side of a woman, respectively. There is not one immovable, unchangeable feminine or masculine being, despite how modern society has pushed for this narrative. The feminine capacity for emotion and spirituality, the masculine proponent of structure and strength; the oscillation between these two qualities do not alienate ourselves from each rather, rather these notions have the capacity to allow us to thrive cohesively together. When both sides of our dual nature are held together in our consciousness, when we explore our innate range of characteristics in ourselves and each other, we are revealed a power of completeness. Sabo’s acknowledgment of this paradigm is shown in her oscillation of figures both traditionally masculine and feminine, without use of one overarching gender. As seen most potently in her sculptures and jewelry designs of the Sacra collection for Saboteur, elements of the Masculine and Feminine are represented independently, yet wrap around each other, losing their beginnings and ends, forming a new structure of power rather than two separately oscillating entities, creating a powerful foundation of a new perfect existence.

Taken from her spirit-guided paintings upon canvas, key pieces of Sabo’s spiritual oeuvre are here translated into the digital, brought further to life with expansive biomorphic movement. The endless flow encourages a state of Hypnosis and enlightenment by way of Mandala. The formidable archetypes commonly found in Sabo’s work- the allure of the Lover, the freedom of the Explorer, the power of the Magician- ebb and flow and morph into one another, blending these distinct roles into one all-consuming Collective Experience of Self. Simple shapes articulate the spiritual in a way difficult to express in words, yet are powerful in their ability for unspoken connectivity: to ourselves, to each other, to the past, and to the future.